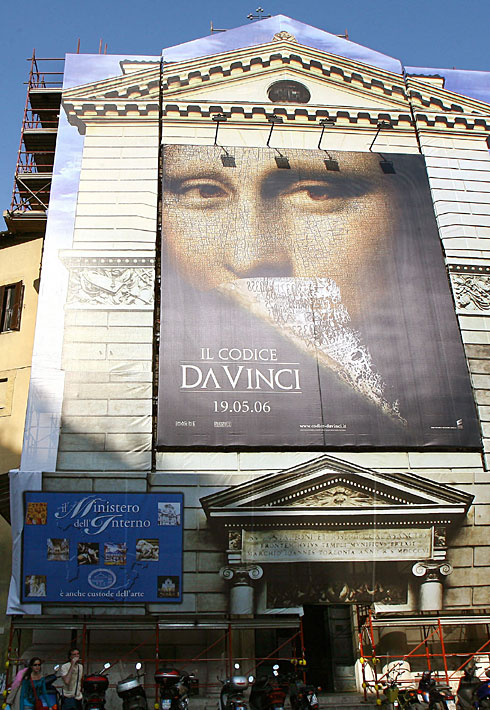 Italian officials have agreed to remove a Da Vinci Code movie banner from the renovation scaffolding facade of the church of St. Pantaleo (located near Rome’s historic center) because it has been “causing a problem”. The large outdoor Da Vinci Code billboard (featuring the Mona Lisa key art) has been the subject of complaints from church clergymen:

“It advertises something that is against Christ and against the church,” St. Pantaleo’s rector, the Rev. Adolfo Garcia Duran, told The Associated Press.

Buildings and scaffolding serving as outdoor advertising spaces is nothing new, and is not limited to Europe. (And complaints about large The Da Vinci Code billboards is not new either.) A large vinyl banner/billboard on the side of a building is known as a tall wall, and is quite common in large cities, especially in Los Angeles.

No word if anyone was offended by The Da Vinci Code outdoor banners featuring Tom Hank’s new hairstyle.