Film Posters of the 30s: The Essential Movies of the Decade 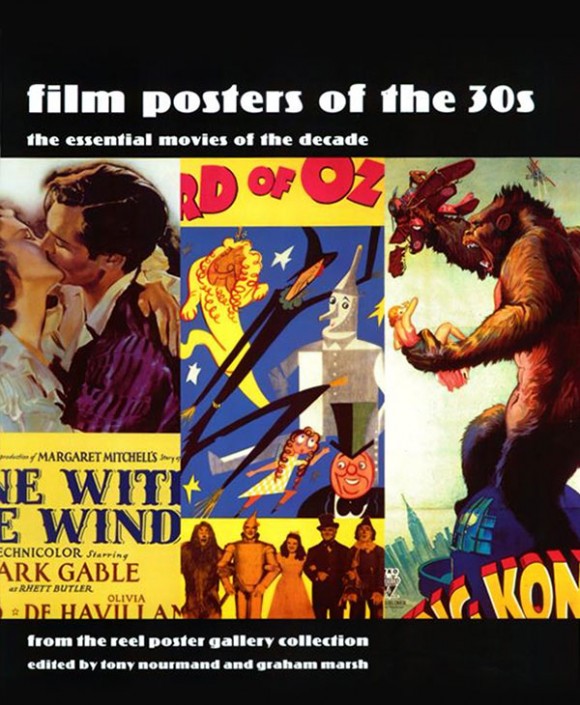 Film Posters of the 30s book

Movie Posters of the Thirties book

Continuing his film poster pictorial book series, Tony Nourmand journeys back to an early film era with Film Posters of the 30s: The Essential Movies of the Decade.

A common theme for films from the period was escapism, mostly in response to the Great Depression of the time. The book covers movies of the 1930s by organizing the film poster one-sheets by genre, such as: romance, adventure, comedy, war, and so on. The book includes over 240 images and features work by internationally famous artists including Albert Hirschfeld, Alberto Vargas and James Montgomery Flagg.

As shown on the book’s cover, the 1930s decade features three of the most timeless films of all time: The Wizard of Oz, Gone with the Wind, and King Kong. Those popular films have used many different one-sheet “looks” through the years, with posters that differ from their initial ad campaigns from the 30s. For example, the original 1933 King Kong film has had many one-sheet variations through it’s many re-releases.